BSC was well represented by a cross section of teammates who braved the cold temperatures to walk in the parade. Teammates greeted spectators who lined the street and passed out pens, buttons, stickers, and other goodies.

“It filled me with such pride and reverence to see people of all ages and ethnicities come together in unity to celebrate the life of this remarkable man as we marched down King Street,” said Ed Downing, a member of BSC’s leadership team who took part in the parade.

“Dr. King’s commemoration is a reflection of the essence of true leadership, all the while remembering how far we’ve come and how far of the journey is still left to travel,” said Downing.

Boeing was a sponsor of the parade as well as the YWCA MLK Business and Professional Breakfast held on January 22. 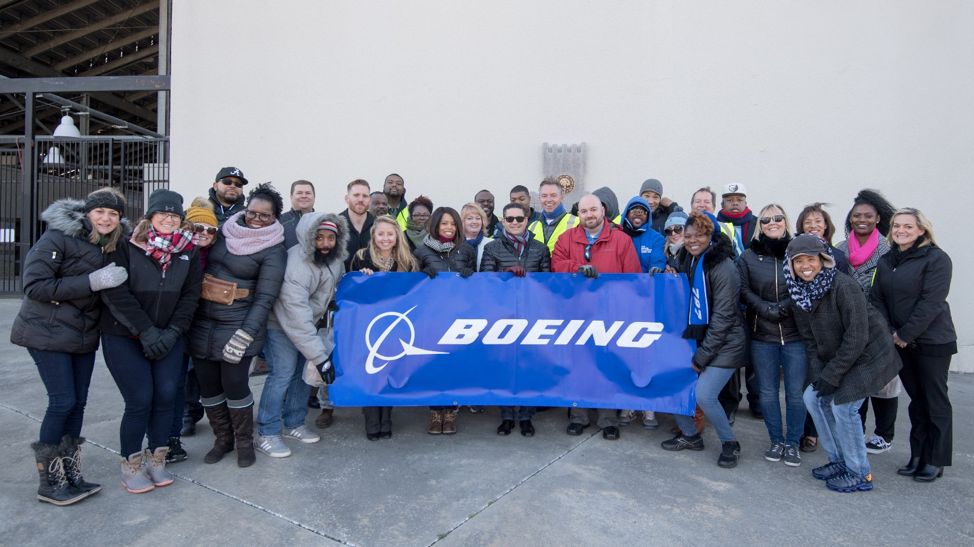 A number of BSC teammates gathered along King Street in Charleston to participate in the annual MLK Day parade. (Michael Wiser photo)

Nominations now being taken on eve of first planned Military Appreciation Night On the eve ...

North Charleston, South Carolina – With the COVID-19 pandemic placing a big strain on non-profits in ...