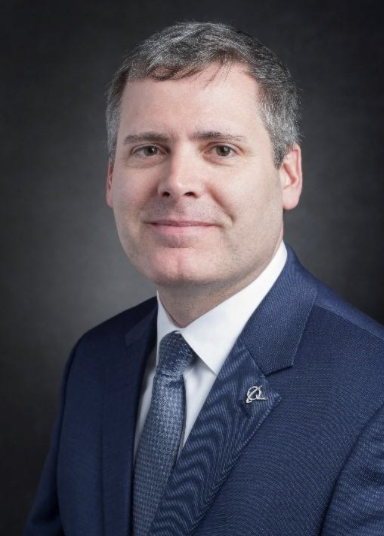 Lane Ballard was named vice president and general manager of the 787 program, and Boeing South Carolina site leader, in June 2020. In this role, he leads the team that designs, builds and delivers the 787 Dreamliner family of airplanes. He oversees the execution of program priorities and the shaping of the long-term strategy for the 787 production system. He also has overall leadership responsibility for Boeing’s South Carolina (BSC) facilities in North Charleston.

Ballard previously served as vice president of Delivery and Paint for Boeing South Carolina, with responsibility for taking 787 Dreamliners after their rollout from BSC Final Assembly and preparing them for delivery to airline customers. He also served as the vice president of Production Transformation for the BCA program office. In that role he was leading a team that was helping to define the future production system.

Other roles that Ballard has held include vice president of Materials & Manufacturing Technology for Boeing Research & Technology (BR&T), where he oversaw a team of scientists, technologists, technicians and engineers who lead company research and development in metals and ceramics, chemical technology, nondestructive evaluation, composite fabrication processes, composite materials, assembly and automation, mechanical parts, and production services in ergonomics. He also managed the BR&T-South Carolina research center.

Since starting his career at Boeing in 1996 as an engineer in composites and advanced assembly technologies Ballard has served in a number of leadership roles of increasing responsibility and breadth, including: serving as director of the 787 Lean+ Global Production System, where he was responsible for linking the 787 global production systems and helping it achieve world-class levels of efficiency with a focus on quality, stability and flow; leading start-up and sustaining production of the Interiors Responsibility Center South Carolina and serving as the center’s director; various leadership positions in the BCA Lean Enterprise Office, the Next-Generation 737 Program, Tooling and Shipside support organizations; and factory supervisor in the Boeing Fabrication organization for both composite and metal fabrication centers.

Ballard earned a bachelor’s degree in mechanical engineering from Virginia Tech University. He went on to earn a Master’s of Business Administration and a Master’s of Science in Mechanical Engineering, both from Massachusetts Institute of Technology.

2020 has been a challenging year as everyone has been affected by COVID-19 and its impacts. ...

Congratulations to Chris Reid, PhD and Associate Technical Fellow in Environment, Health and Safety, for ...